Get the flyer here

If you would like to study with Mr. Davis at this year’s event, sign up today and explore, challenge, and develop your warrior spirit… 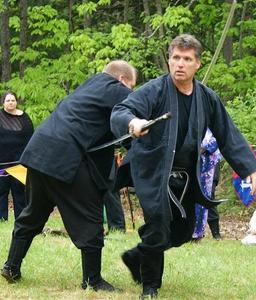 Shihan Leon Drucker has been studying Martial Arts since 1964. His Judo Black belt was received in 1970 by his instructor and Legendary Judo Master Professor Takahiko Ishikawa.

His 50 plus years of experience includes training in Judo, Northern Shaolin Kung Fu, and Yang Style Tai Chi Chuan, as well as Bujinkan and Myofu An Bujutsu. He is a third generation Licensed Massage Therapist and holds a Doctorate in Nutrition.

Mr. Drucker has studied Yang Style Tai Chi Chuan since 1975 and is considered a Master Teacher of Tai Chi Chuan. Shihan Drucker has been licensed to teach Bujinkan Ninpo Taijutsu having recieved

Mr. Davis has been the senior teacher for all fifteen New England Warrior Camps and has agreed to teach this year in its new incarnation. 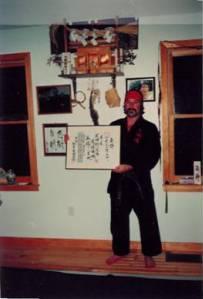 We have added the popular Live Sword Target Test Cutting or Tameshigiri 試し斬りsession with sword maker and Shidoshi Matt Venier… If you would like to participate in this session send a check for $45.00 (materials fee) to New England Warrior Camp P.O. Box 147 Winchendon, MA. 01475… Make the check payable to Matt Venier

this session is open for 20 folks first come first served…

Proudly introducing New England Warrior Camps senior teacher, Mr. Mark Davis, a Bujinkan Shidoshi & founder of the New England Ninpo Society. Mr. Davis is the owner and chief instructor at The Boston Martial Arts Center (www.bostonmartialarts.com)  Mr. Davis is now into a fifth decade of martial arts study, training, and instruction. He has devoted a lifetime to the study of many diverse martial arts systems.

Paul began his Bujinkan training in the summer of 1985 in England. After moving to Boston, he started training with Mark Davis in Oct 1989.  Paul is a licensed Bujinkan instructor, having received his Godan in 2001 from Hatsumi Soke, while on a trip to Japan with Mark Davis.

Paul continues to train at the Boston Martial Arts center where he also teaches classes. Paul has taught at fourteen of the New England Warrior Camps.

his Godan in 1995 from Grandmaster Hatsumi personally. He is currently ranked as Hanshi and member in good standing of The Kobujutsu Kenkyu Kai of Myofu An Society Japan under Koryu Muramatsu. 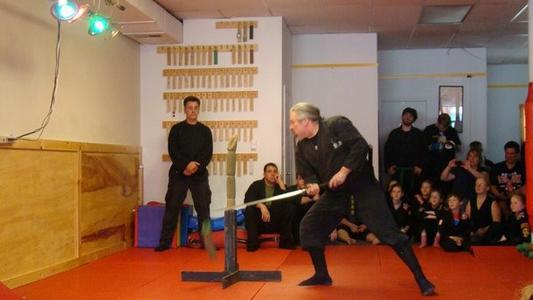 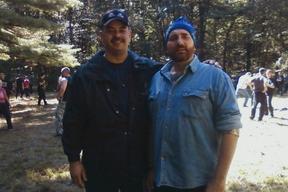 Thanks to Mark’s influence Dennis has been able to train with Hatsumi Soke, An-shu Stephen K. Hayes and a long list of other senior instructors allowing him the privilege of becoming a Bujinkan Shidoshi and senior member of An-shu Hayes’ To-Shin Do organization.

Dennis Mahoney is co-owner and chief instructor at Shinobi Martial Arts Center in Plaistow New Hampshire. He started training in the martial arts in the summer of 1983. Dennis began his training with Mark Davis in June 1988 and continues to do so on a regular basis at the Boston Martial Arts Center.

Mr. Davis is best known for his study of the Bujinkan based martial arts under the direction of Soke Masaaki Hatsumi and his senior student Anshu Stephen K. Hayes… Mr. Davis began training with Mr. Hayes in the early 1980’s and has traveled to Japan to study with Soke Hatsumi as well as many of the other senior Japanese instructors. 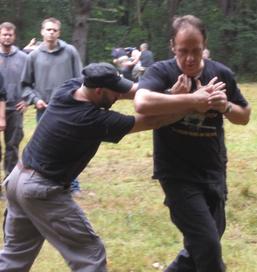